“The health and safety of the entire community are of prime concern to Big Brothers Big Sisters of the Black Hills. To ensure we are doing our part to keep our Littles, Bigs, supporters and all BBBS family safe, we will be postponing Bowl For Kids’ Sake event this year. Details on the event will come as they develop. The Littles of our agency deserve to have stability during this time. We are working diligently to help our BBBS families overcome the adversity at hand. We will continue to work toward matching each Little with the right mentor for them as time and circumstances allow. The need for one-to-one mentoring will not cease because of the pandemic, rather, we expect it will increase as our community experiences the economic and social impacts. We are prepared to do our part to bridge the gap between community needs and success for our Littles. Questions about the event can be sent to Savannah Seeger at [email protected]. Questions about the agency’s response to COVID-19 can be sent to Nicole Burdick at [email protected].”

This ball has been rolling for decades! Let's not throw it into the gutter now. By joining us at Bowl For Kids' Sake, you are standing with every child we serve and giving us the ability to serve more children. YOU are a defender of potential.  Now, more than ever, the children in the Black Hills need you. One-to-one mentoring is powerful in children's lives and has a profound impact now and in their future.

What do you need to do?

Get a team of 4-5 bowlers together!
Reserve your date and time!
Ask for pledges from family, co-workers, friends, and neighbors!
Raise $100 minimum per bowler-it's for the kids!
JOIN US FOR A CELEBRATION AND PRIZES!

Get the Ball Rolling 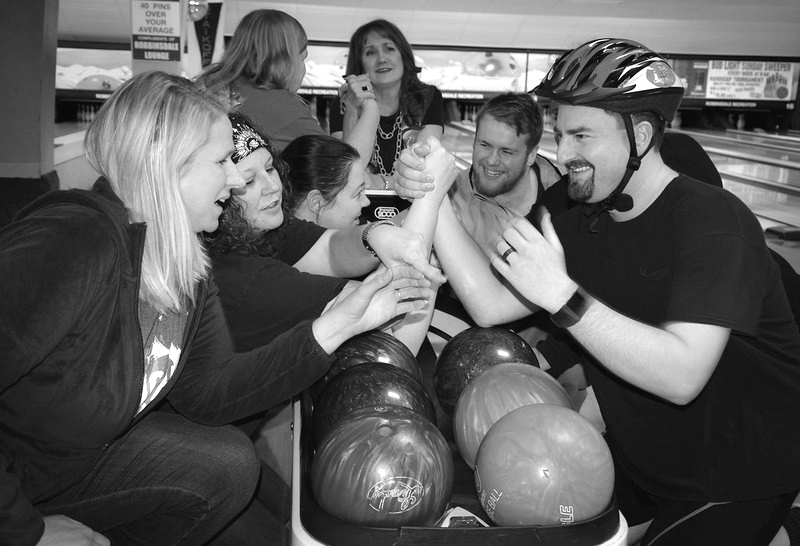 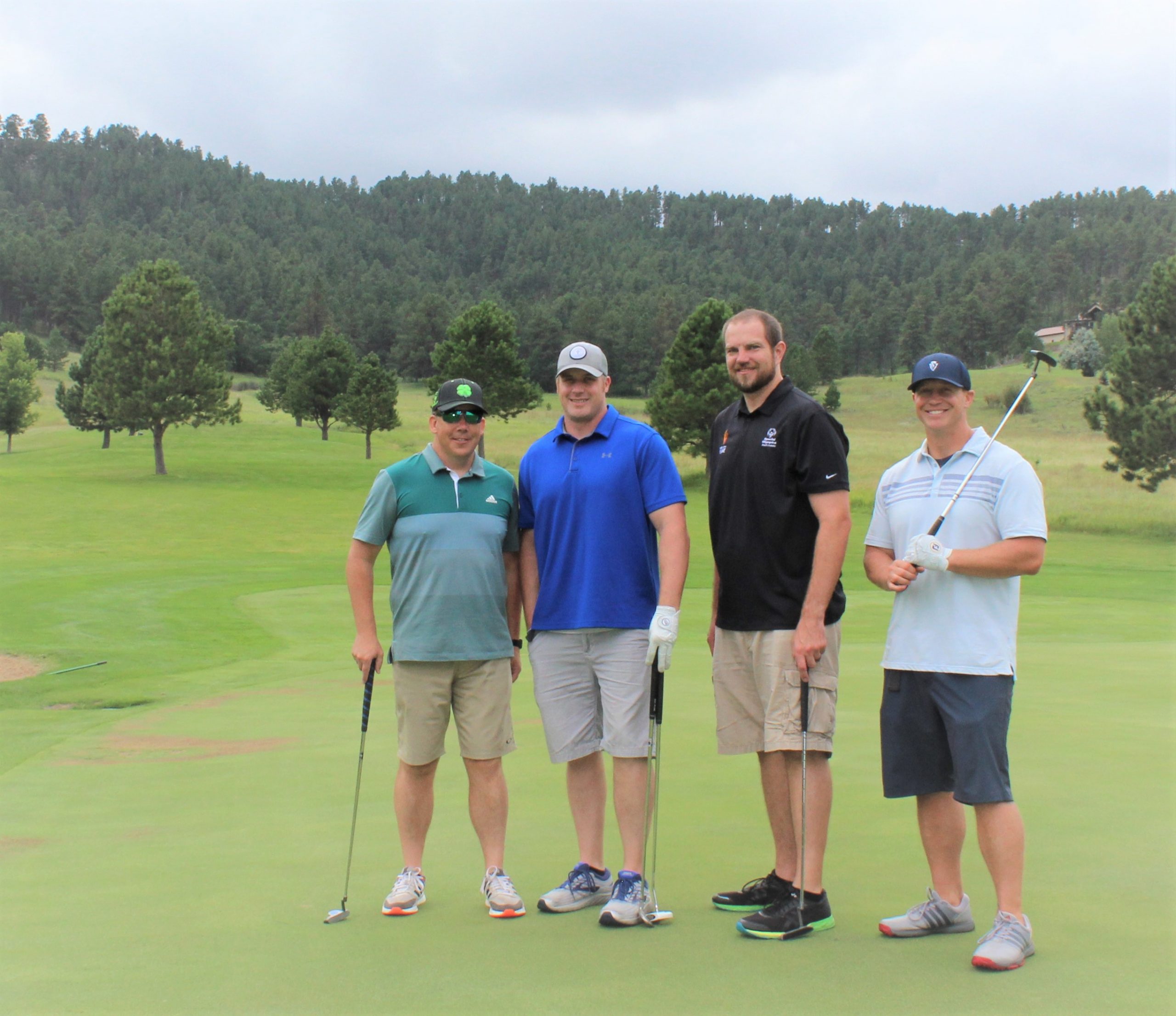 “If you believe in the universe bringing people together, it's like that. It was meant to happen."

When James applied to be a Big, he started the journey to giving a child one of the most valuable gifts he possibly could. He was life-qualified and wanted to spend one-on-one time with a child who needed it. He would become a mother’s ally. James would stand in this boy’s corner, be on his side, and defend his potential.

This young, bright-eyed, shy boy named Kevin taught himself origami and enjoys math. He is closest to his mother and grandfather. He likes school and loves to play chess. What you don’t see in this picture is that this bright boy wanted his pain to end and a very grim situation unfolded in his home several months ago. An unfortunate event had occurred in Kevin’s world, and he was left wondering what he did wrong.  He was left with an enormous void in his heart and he “didn’t want to be a burden” to his mother. Kevin tried to take his own life just before getting matched with James. When the case manager asked if James would still like to mentor this boy, James said, “He needs it now more than ever.”

“Having James has helped Kevin get outside his bubble and do fun and exciting things. He can be himself with James, and that has been great to see,” says Patricia, Kevin’s mom. James said he and Kevin were “equally as awkward in the beginning” and he broke the ice with “dad jokes.” James said this became a focal point for them and now Kevin will call him when he’s down to hear a dad joke and laugh a little.

Patricia now has an ally; James is linking arms with her and helping to defend the potential of Kevin. Patricia says, “James is willing to talk to Kevin about things that concern me and has shown that he is with me.” This relationship wouldn’t have been created without Big Brothers Big Sisters of the Black Hills, the organization Patricia describes as, “an amazing organization!”

Kevin and James spend their time hiking, thrift store shopping, going to the movies or watching movies at home, playing video games, and flying kites. James will be going to Kevin’s Cub Scout graduation and his Honor Choir concert at school.  They do all of these fun activities together all while James works with Kevin on making better choices at home, especially with his mother. As with any relationship, they’ve hit some bumps in the road. James said the progress is fulfilling and says, “You just gotta keep going at it because it’s extremely rewarding.” The in-between moments is where the potential is ignited.

Kevin wanted to make spaghetti for James with his own “perfect recipe” during one of their times together. Kevin tried to add one cup of red pepper flakes, and James had to intervene. He did get to add some to the sauce along with cinnamon.  “He was throwing in random stuff, but it was actually not that bad. I ate it,” said James. James let Kevin do something for him, be creative, and learn.

“It’s a true brother-brother relationship. We can talk or just go do what 10-year-old boys do. I am someone to hang out with instead of someone asking him about his problems. He talks to me about them and if he wants me to, I give him advice. If he doesn’t, I just listen. That’s important for him,” says James. He goes on to say his mentorship allows him to “take a break from life” and says, “This is equally as good for the volunteer. I never knew how much fun I’d have.”

“She’s doing a good job. As simple as that sounds. She’s a good mom. She’s doing really good with him. The struggles are going to be worth it,” says James about Patricia.

Patricia will continue to have hope for her son and enjoy root beer floats with him during their family movie nights. “My wish for Kevin is to gain self-confidence and realize what an amazing kid he is. To not have him so hard on himself and to understand how loved he is in this world.”

This isn’t their whole story. It’s just a chapter. This is a beautiful, evolving, real story. Stand with us and continue to read about their journey as it unfolds. 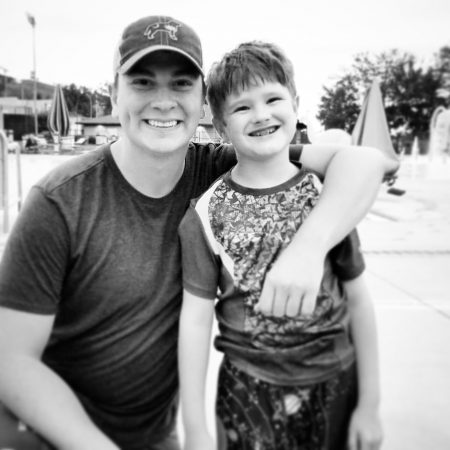 All youth achieve their full potential.

Create and support one-to-one mentoring relationships that ignite the power and promise of youth.